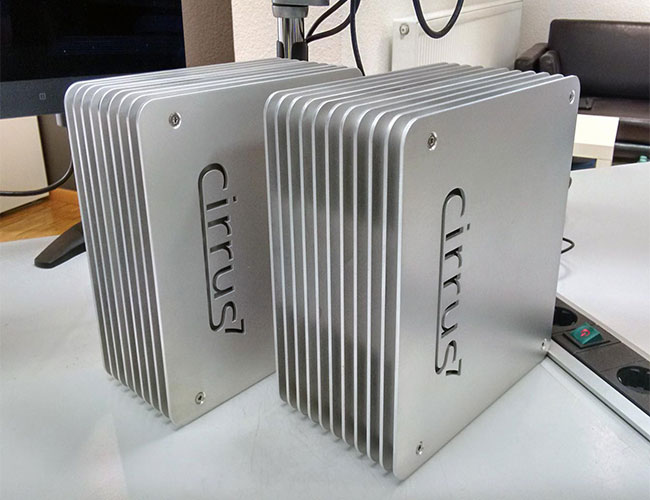 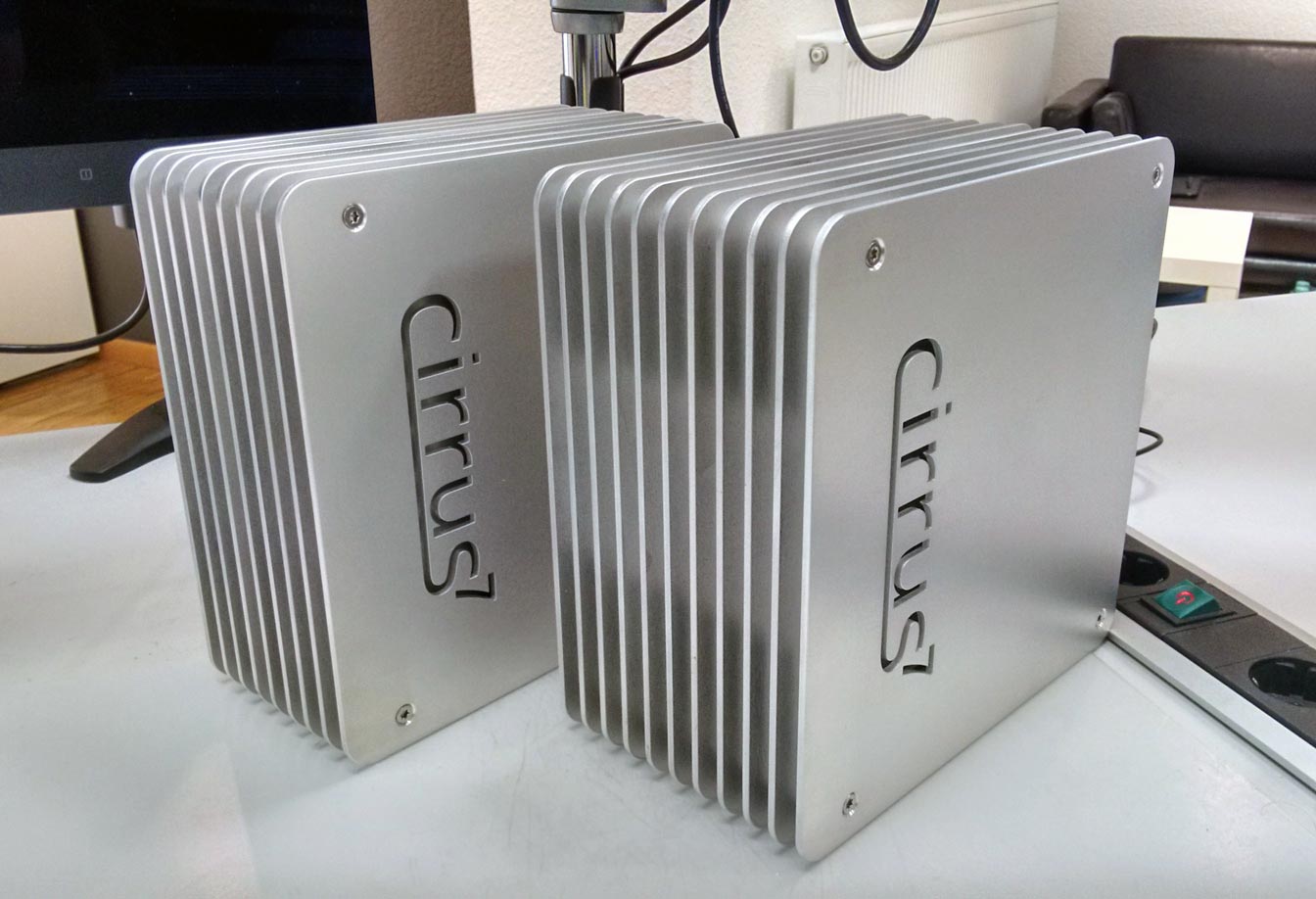 Especially suitable for this are the Extended Edition and Extreme Edition . The Extended Edition is designed to handle CPU-demanding applications that create a sustained load. This includes, for example the permanent operation of multiple virtual machines, as well as 3D rendering.

The Extreme Edition goes one step further and offers cooling even for synthetic loads and number-crunching tasks that permanently require all units of the CPU.

Due to the modular design of the cirrus 7 nimbus , the cooling capacity can be increased simply by adding additional cooling layers. Adding another cooling fin increases the overall height by 12mm. Even the Standard Edition uses this principle. For example, on CPUs with 45W TDP , we use one more layer to compensate for the extra waste heat compared to the 35W TDP CPUs. Depending on the configured CPU, the standard edition is 51mm or 63mm high. 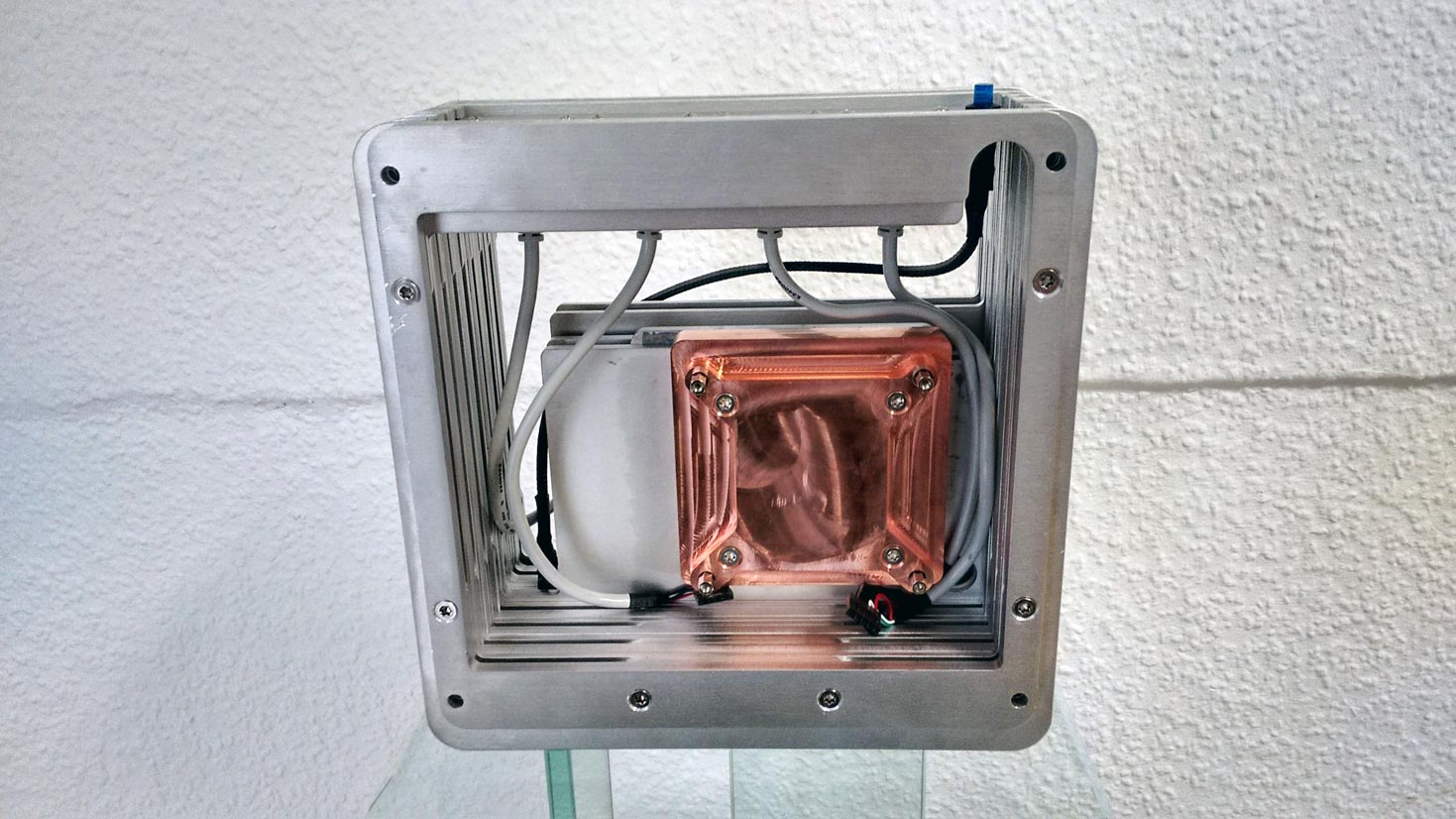