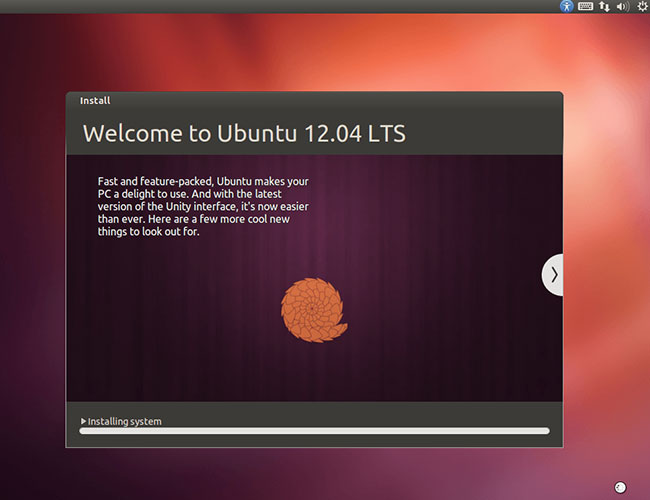 The final release of Ubuntu 12.10 Quantal Quetzal is here. With this tutorial we would like to give a step by step guide for the update-willing. Whether an update is worth it, everyone has to decide for themselves. For update-willing – especially configure cirrus 7 one Owners will find step-by-step instructions for running the update here.

Configure a reinstallation of cirrus 7 one is superfluous. The standard update routine of Ubuntu works fine. Custom fan control via fancontrol of the cirrus7 one will remain after the update. We have also created a quantal repository.

Since Precise is an LTS version, Update Management provides the update to Quantal  not explicit.

For this we start with Alt-F2 and the entry of update-manager  Update Management , and then click “Settings …” , go to the “Updates” tab and select from “About New versions of Ubuntu notify “ the option ” for each new version “ 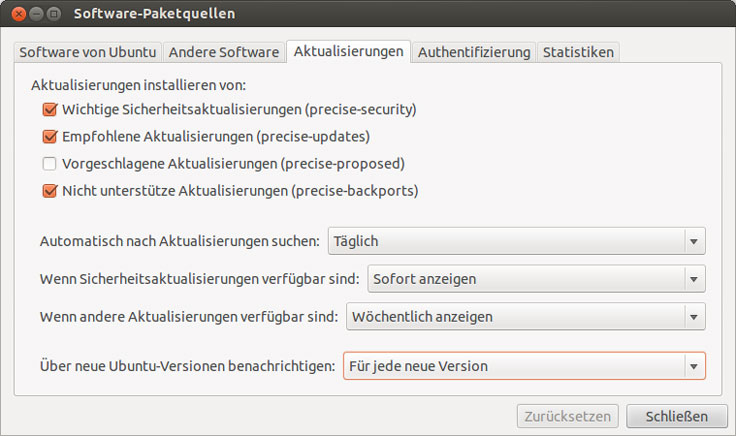 If the upgrade is not already automatically offered, we’ll first click “Review” to update the repositories. After that, the option “New Ubuntu version 12.10 is available”. From here we can start the update process directly: 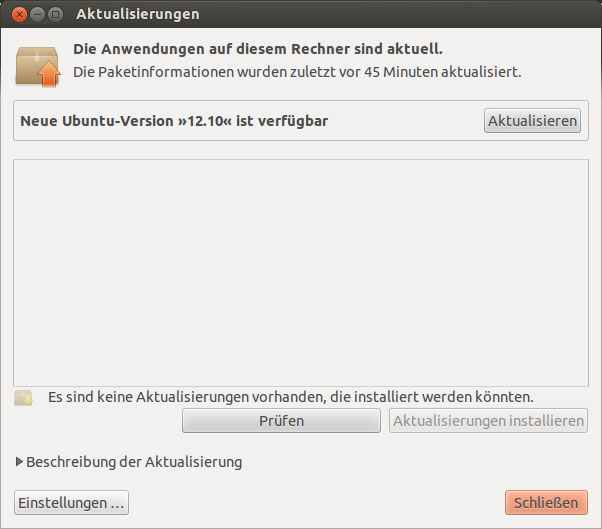 The upgrade process may take some time, depending on how many packages are installed. Third-party repositories, including the cirrus7 repository , are automatically disabled. The installed packages from our repository – such as Lightcommander, fancontrol-conf, etc. remain unchanged. 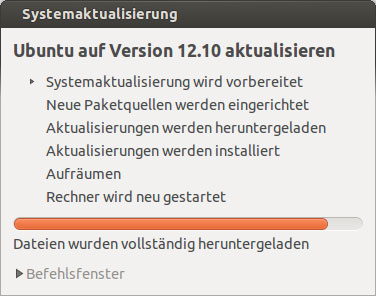 We now delete the old cirrus7 repositories, which were deactivated by the update process anyway, and then get us the updated repositories. To do this, we first start with ALT-F2 and typing gnome-terminal a shell.

Now we update the package sources.

If a program has to be updated from the cirrus7 repository, you must confirm the installation from the third-party repository.

Restart your cirrus7 one now. After the restart please check in a terminal if the fan control is working properly:

The number of revolutions of the fan should now be between 550-650rpm. And the temperatures should be displayed for all CPU cores.

If you have questions about the update process, please contact us. Have fun with Quantal!